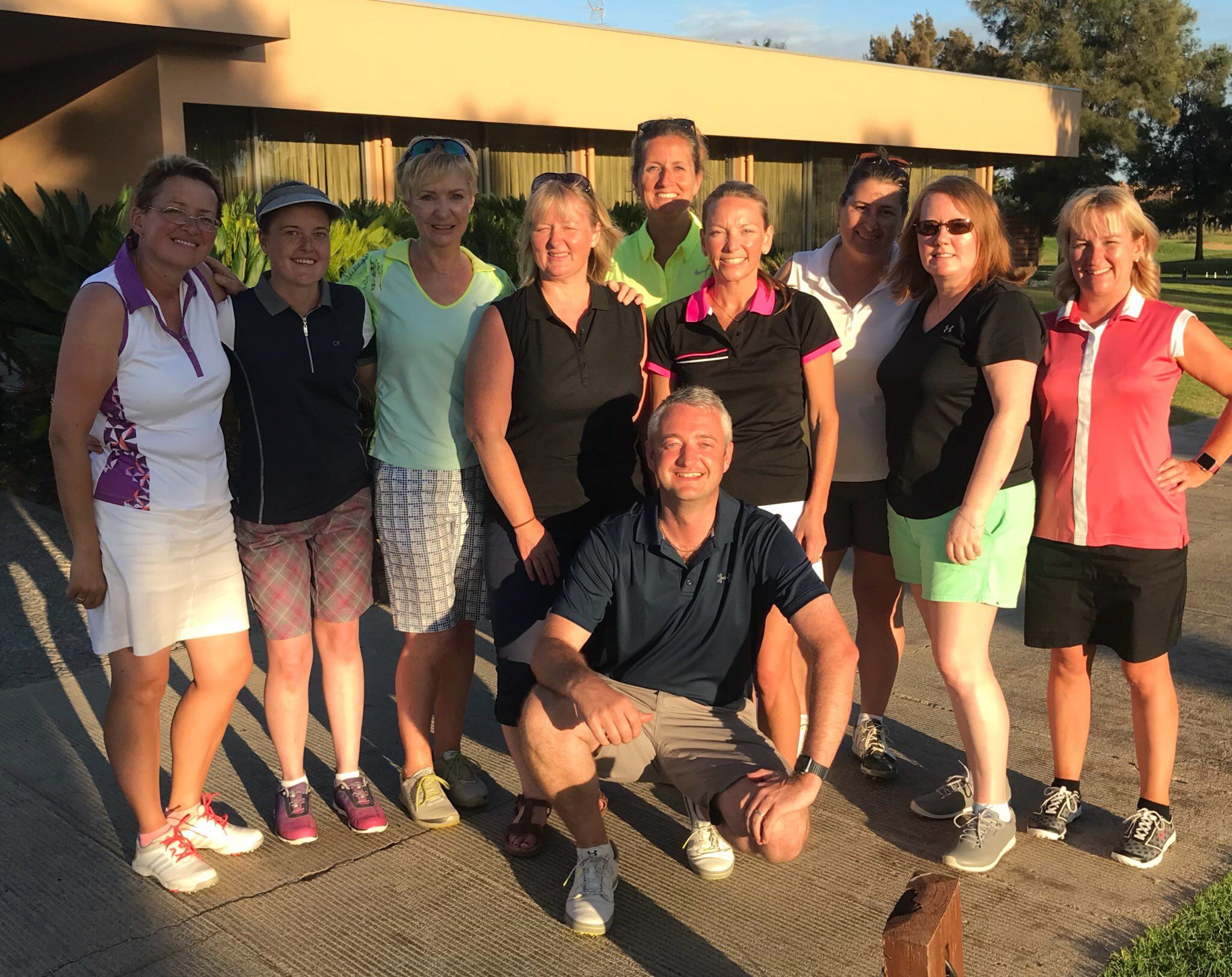 Around this time last year I was on the golf course at Rosehearty giving a lesson to a group of love.golf ladies.

We were on the second green, the wind was blowing and it was freezing cold!

One of the women turned to me and said. “Peter, you are going to have to take us somewhere warmer for golf lessons!”

To which I instantly responded, “OK, let’s go to Portugal!”

Thinking this was just a throw away comment, I didn’t take any further action but the following week I was asked if I had put plans in place for said trip to Portugal.

So, having discovered the statement was in all seriousness, I got to work and the love.golf on tour trip to Portugal was conceived. Just under a year later we were on the plane to the Algarve, Salgados near Albufeira to be more precise, for a week long golfing holiday.

“I’ll never forget my first 18 hole round in the sun at a top course called Morgado in Portugal. Not bad for someone who only started playing just over a year ago!” Thelma Hutchison

“I never imagined that my first love.golf session would then lead on to going golfing abroad with the same group of people. It’s more than just golf, it’s friendly and more than anything, it’s fun!” Diane Buchan

“A fantastic week spent with amazing people. So many laughs and giggles on and off the golf course, would do it again in a shot!” Dawn Cardno

My reflections from the week are; golf is so much more than just a game. New friendships have been formed that will last a lifetime. Golf brings people of all ages and abilities together who may otherwise never meet. The experience of playing different courses is a real feature of the game. Unlike sports such a badminton or tennis – the variety of court in which we play is almost infinite. Even the same course on two different days can feel and play very differently.

Playing golf is the best way to learn the game. I acted as a guide throughout the week and was on hand to help answer any questions but lots was learned, that cannot be taught on the range, just through playing the game.

Golf is an easy game to play!
Yes, I know many of you may not quite believe this statement but given that nearly all the group have been playing for less than 2 years it was proof that golf is easy to start playing. It is difficult to turn pro, to win majors etc. but just getting out to play the game has never been easier. Water is a magnet for golf balls!
Now this is certainly a statement you will agree with more strongly than the last one I am sure. Salgados had water on just about every hole and it was amazing how many times the players’ balls seemed to find the drink!
In nearly every instance, the player would state after the errant shot – “I knew I was going to do that!”
….Interesting!
Some of my regular readers may recall the articles I wrote on the mental side of the game where I asked you NOT to think of a pink elephant?

In this instance the player is certainly telling themselves, “Don’t go in the water!”

As I have previously explained the mind does not have an image for, nor understand the command, “Don’t!” Therefore, all you are really saying just before you play the shot is “Don’t go in the water!”

Therefore, you could conclude you are actually better than you give yourself credit for as you acted out your thoughts!

Be careful what you say to yourself, try to focus on what you would like to do and accept that there are many bad results that you don’t want.

I am delighted to report that all of the golfers that came to Portugal with me want to return again next year so the dates are already in the diary. If you are interested in joining in then please contact me at the golf centre or click here if you are a woman looking to get involved.