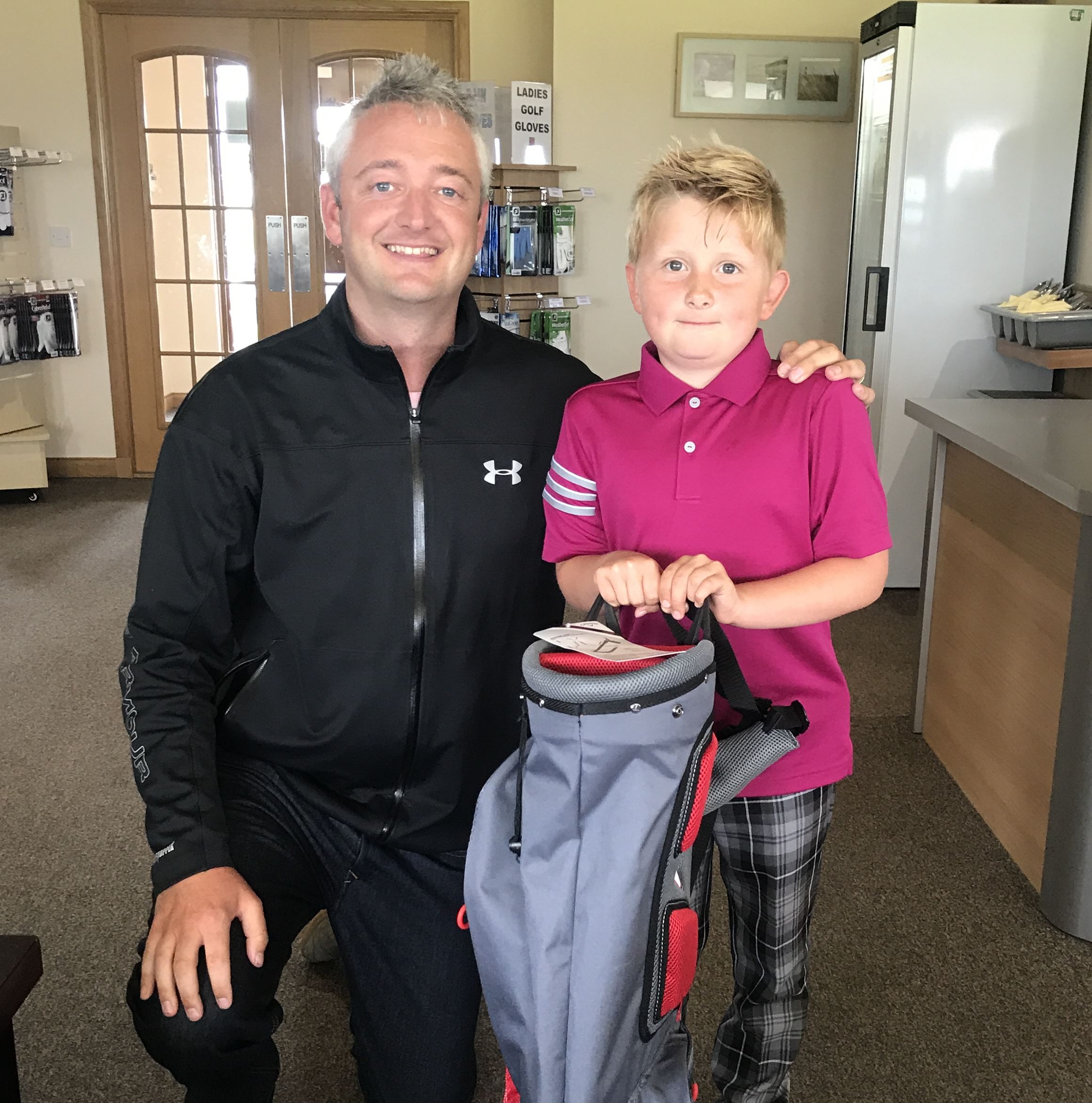 Dunes Golf Centre played host to the third Mini-Major of the year as the Short Game Zone was transformed in to a mini Royal Birkdale Golf Club for the Mini Golf Open Championship. The nine-hole layout tested golfers of all abilities in a chip n putt event spread over the same four days as the real Open event that took place between 20th and 23rd July.

With sponsorship from Callaway Golf and Dunes Golf Centre, a fantastic prize table was up for grabs in the three categories of; Men, Women and Juniors. In the Men’s section Fred West took third place with a score of 21. In second place was Tommy-Lee Reid who also scored 21 but had a better back five than Fred.

It should also be noted that Tommy was one of only two players to take part on Thursday due to torrential rain all day so well done to him in what was, without doubt, the toughest of conditions. The winning score came from one of the final rounds to be played on Sunday as Doug Hastie shot a 20, coming close to the course record of 19 set by Jackie Thoirs back in June.

Speaking of Jackie, she claimed her second major on the trot with a score of 24. Not quite the resounding victory she had in the US Open as she just held off second placed Vic Buchan thanks to a better back 5 on the countback ruling. Issie Philips took third place with a score of 25. In the Junior section Luke Allan was looking to continue his hunt for a grand slam but this time he had to settle for second place. Eight year old Callum Milne made up for finishing second to Luke in the US Open by taking the top spot this time with a score of 23, two better than his US Open score in June. Luke carded a 24 which was one better than his previous best. In third place, Seven year old Arran Simpson shot a new personal best with a score of 27. In total 178 rounds of golf were played over the four days and we were delighted to see so many families out there enjoying playing together.

The Mini Majors are going to be a permanent fixture at Dunes so see we look forward to seeing you at the next one: Mini PGA 10th to 13th August