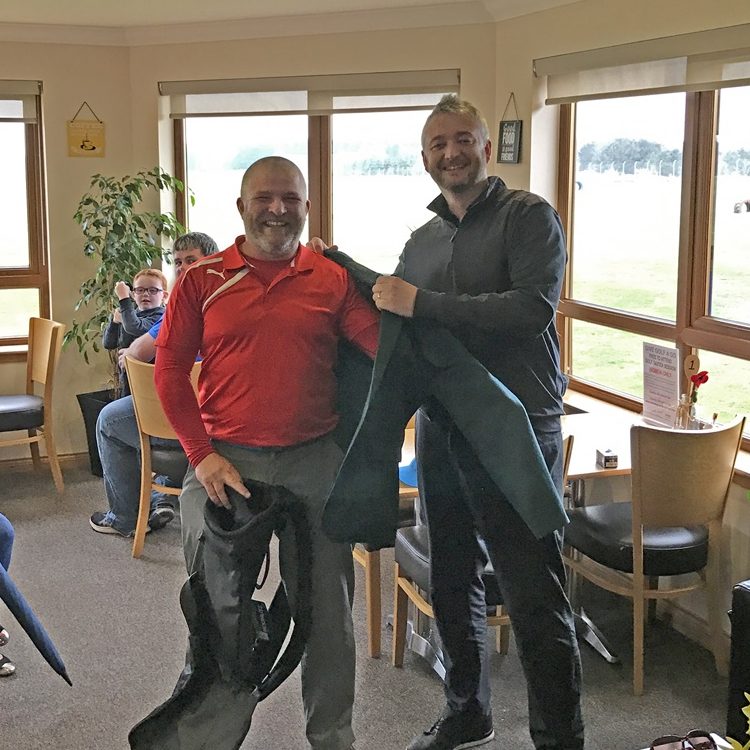 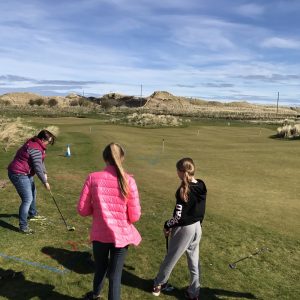 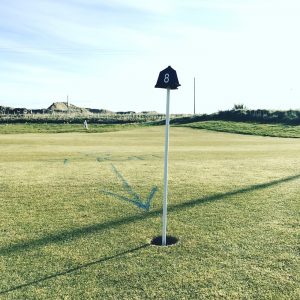 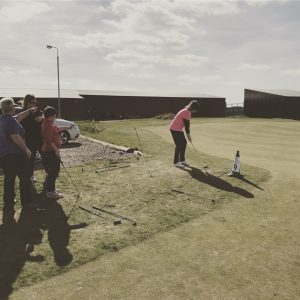 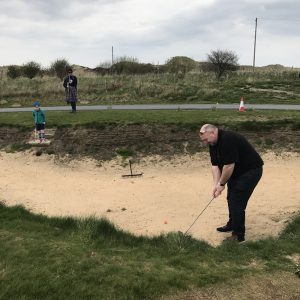 With sponsorship from Ping and Dunes Golf Centre a prize table worth over £450.00 was up for grabs!

Michael Alexander set the pace on day one with a score of 25. Lucy Watt had a 30 for the best women’s score and five year old Kameron Brown led the way in the 12 and under category with a 37. 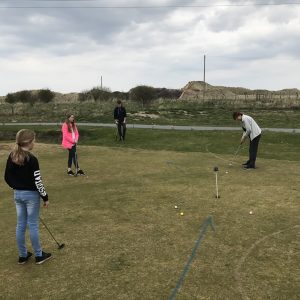 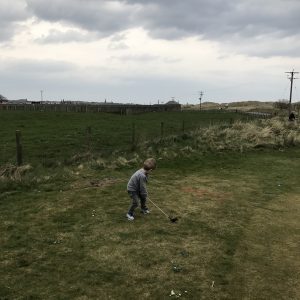 Day two saw a new overall leader as Marc Palmer shot a 22 late on in with Neil Thomson and Mark Dunbar both two shots back on 24. Billy Myers stormed in to the junior lead with a 30 as Kameron Brown improved by two on the previous day for a 35.

Debbie Angus joined Lucy Watt with a 30 and Diane Wisely hit the ladies leaderboard with a 34. 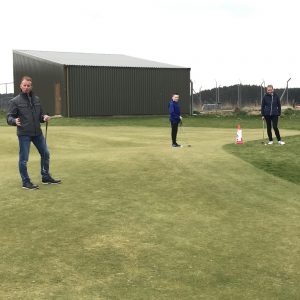 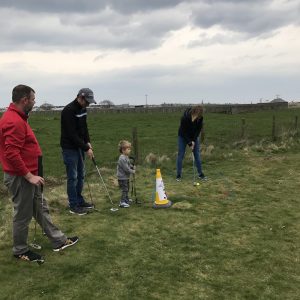 Day three is commonly known as ‘moving day’ in the majors but despite a glorious day weather wise, nothing changed at the top. The dry conditions coupled with a ‘double-cut’ in the morning meant the green was lightning quick and perhaps contributed to the higher scoring. 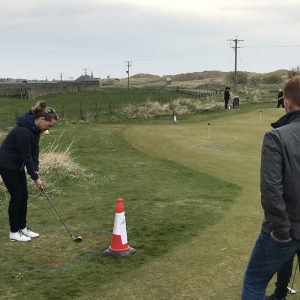 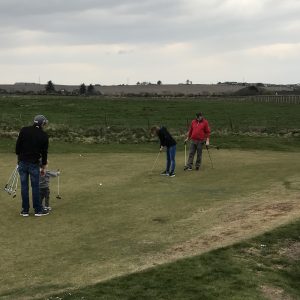 However, Kameron Brown once again bettered his score, this time posting a 32 to move within two of Billy Myers. Kristen Killoh moved in to 3rd place with a 35.

Roma Norvaisiene joined Debbie and Lucy on 30 in the ladies event but nothing changed at the top of the Men’s event.

Sunday attracted a huge turnout with 67 rounds played throughout the final day. 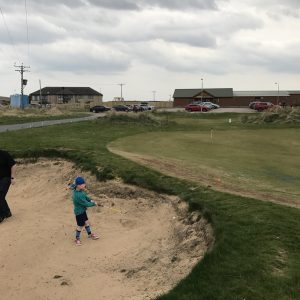 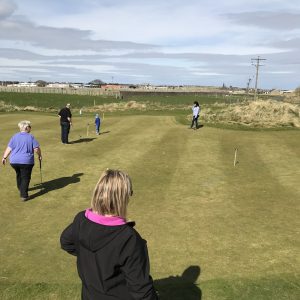 12 and Under
12 year old Luke Allan scored a fantastic 26 to win by four from Matthew Cardno, also 12 and Billy Myers, 9. Matthew had the better back five so pipped Billy for 2nd place. 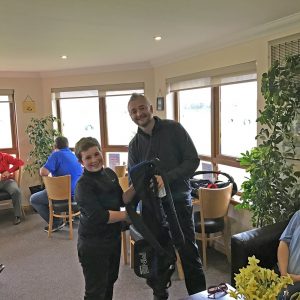 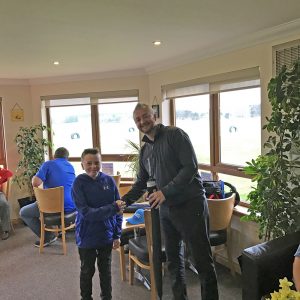 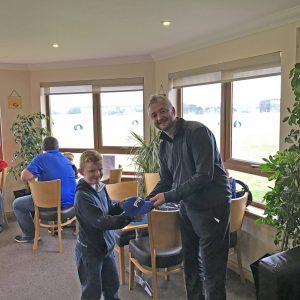 Just out of the prizes but worthy of a note was young Kameron Brown. He kept trying and once again bettered his score but his 31 was just one shot out of the prizes. At just five years old I am confident his day will come – just keep playing and having fun Kameron!

Women’s event
A super turnout of ladies contested a closely run event and the final day saw some changes at the top. Kathleen Mollison surged in to the lead having shot a 27 and her playing partner Eleanor Buchan was just one shot back on 28. Lucy Watt was stuck on 30 but her determination paid off as she also shot 27 and won the event on a countback. 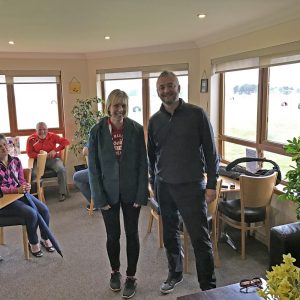 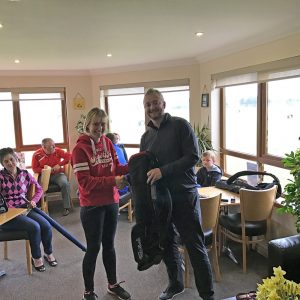 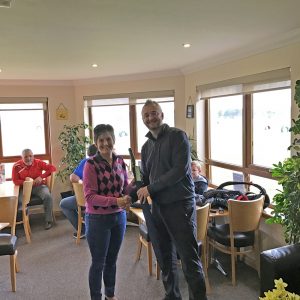 Men’s Event
Despite the efforts of many, no one could topple Marc Palmer’s Friday score of 22. Both Peter Laird and Craig Stephen came closest with scores of 23. Peter took second place thanks to a better back 5 leaving Craig having to settle for third. 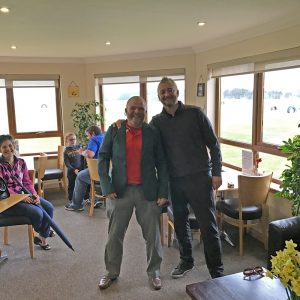 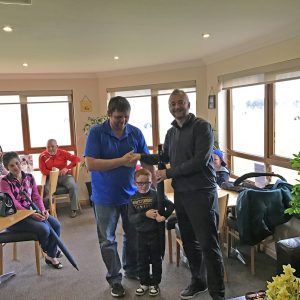 In total 154 rounds of golf were played over the four days and we were delighted to see so many families out there enjoying playing together. 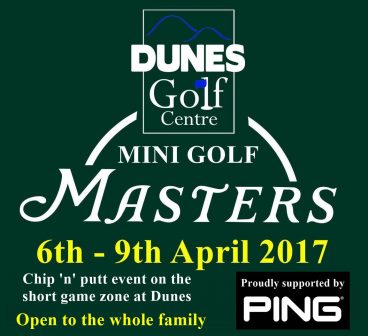 The first major of the year is almost upon us as the Worlds’ top golfers descend upon Augusta National in Georgia for the US Masters.

However, a little closer to home we are delighted to be hosting our very own Mini-Golf Masters at Dunes Golf Centre in Fraserburgh.

This new event is open to the whole family and is suitable for all skill levels including complete beginners.

You can use your own clubs or they can be provided for you if you do not have any.

It takes place over the 9 hole chip n putt course on our fantastic Short Game Zone.

Are you a short game Master?

We have carefully planned the course to challenge the very best golfers but at the same time it’s fun for those brand new to the game.

The event takes place over the same four days as the US Masters.

You can enter as many times as you wish during opening hours between Thursday 6th April and Sunday 9th April. The final time to start a round is 3.00pm on the Sunday.

Ping Golf are supporting the event so we have fabulous prizes for the winners in the following categories:

The overall best score submitted will be crowned Mini-Golf Masters Champion for 2017 and presented with the iconic Green Jacket at 3.30pm on the Sunday. Will you be the one wearing the Green Jacket on Sunday evening?

You do not need to book a start time simply turn up to play whenever you wish. Our opening times are:

For more information and the rules please click here.

Café now open 7 days a week
You’ve been asking for it, so we have responded and decided to open the café serving a full menu on a Sunday between 12pm and 3.30pm. We are hoping to see families at the golf centre playing together on the Short Game Zone and the Driving Range as well enjoying a drink and some tasty food in the café.

Our outdoor play area proved a big hit when we opened it last year and is ideal for the little ones to let off some steam! If you are over 60 years old then you are eligible to take part in our Tuesday Morning Pensioners Special. Meet at the Golf Centre at 10am every Tuesday and for just £5 you will get 50 range balls, a coffee and bacon roll plus expert PGA Golf Pro advice!