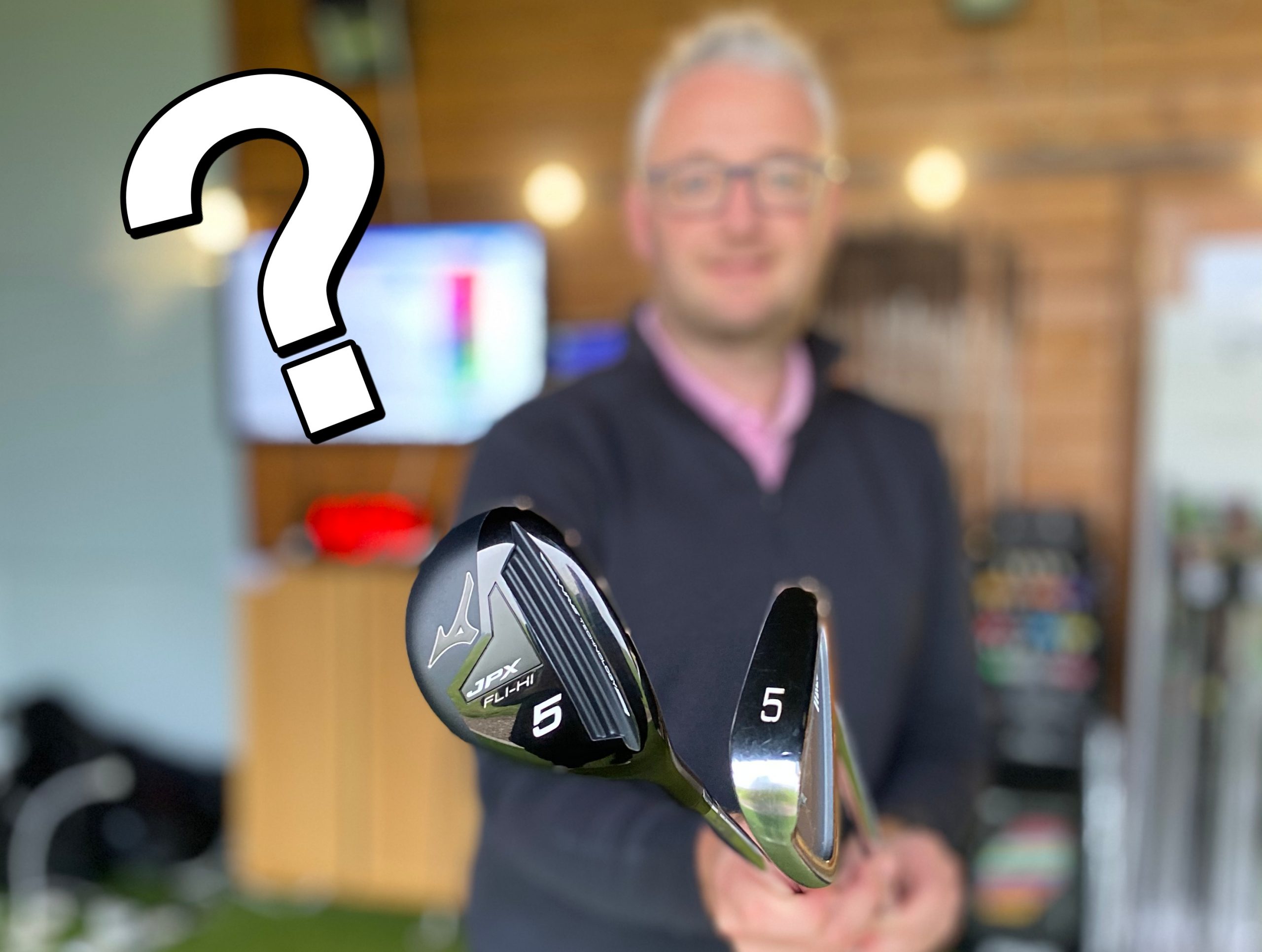 I turned Pro in 1997 and back then a typical set of irons went from a 3 iron through to a Sand Wedge.

We hadn’t heard of gap wedges and Taylormade’s famous ‘Rescue’ club, now more commonly known as a hybrid, was just about to make a name for itself.

Fast forward to 2020 and you will be hard-pressed to find a 3 iron from any supplier.

The reason for this is due to the vanishing loft phenomenon...

Advances in club design have meant manufacturers can position the weight lower down in the club resulting in a higher ball flight. This, in turn, has caused the loft of the clubs to decrease to produce the desirable ball flight trajectory.

When I turned pro my Tommy Armour 845s Silver Scot 8 iron was 42 degrees and now we see most Pitching wedges with lofts close to that. For example, the new Callaway Mavrik Max Pitching Wedge is 43 degrees!

This means golfers are hitting the ball further than the equivalent iron of 30 years ago but it has caused two problems:

To still be an effective bunker club the Sand Wedge loft has barely changed over the decades. It has remained at about 54-56 degrees. But, because the pitching wedge has decreased in loft down to the low 40’s there is this huge gap. So, we welcome the appropriately named ‘Gap Wedge’ which at 48 to 52 degrees is the old loft of the Pitching Wedg

2. Long irons are difficult to hit

With a 4 iron now at 20 degrees, it is a challenging club even for the most accomplished of golfers to hit with any degree of consistency. This is despite the advances in technology and clubhead design.

A seven handicap golfer recently installed a tracking system to his clubs which quite cleverly uses GPS to show how far each shot goes. The data this fed back to him showed that his 6 iron went further on average than his 5 iron.

His initial reaction was that the lofts of the club must be incorrect, so he brought the clubs in for us to inspect on our loft lie machine.

The machine showed that the loft gap between the clubs was correct so the problem was elsewhere.

The launch monitor in the studio at Dunes revealed that the 5 iron did go further but only on well-struck shots. This was not happening enough on the golf course and therefore the average shot distance was less than the 6 iron.

The solution…
In this case, the golfer in question would probably be better off with a 5 hybrid instead of a 5 iron.

For many golfers, switching to hybrids is a challenge because they have been so used to playing with long irons all of their golfing life. But, now is the time to give a hybrid a go to see if it can make the game easier and more enjoyable.

We like the Mizuno JPX FliHi as they can be fitted with the same shafts as you would get in your irons, steel for example, which makes them feel much more like the rest of the set.

If you would like to try out your 5 iron against a 5 hybrid then come along to Dunes and ask for a demo. All you have to do is buy your range balls (baskets start at £2.80) and our staff will set you up with a few different ones to try.

A custom fitting with one of our trained staff will show you exactly how far you hit each club and identify your best solution. Custom fitting benefits all levels of golfer, even if you have just started playing. For more information and to book click here, or give us a call on 01346 510693