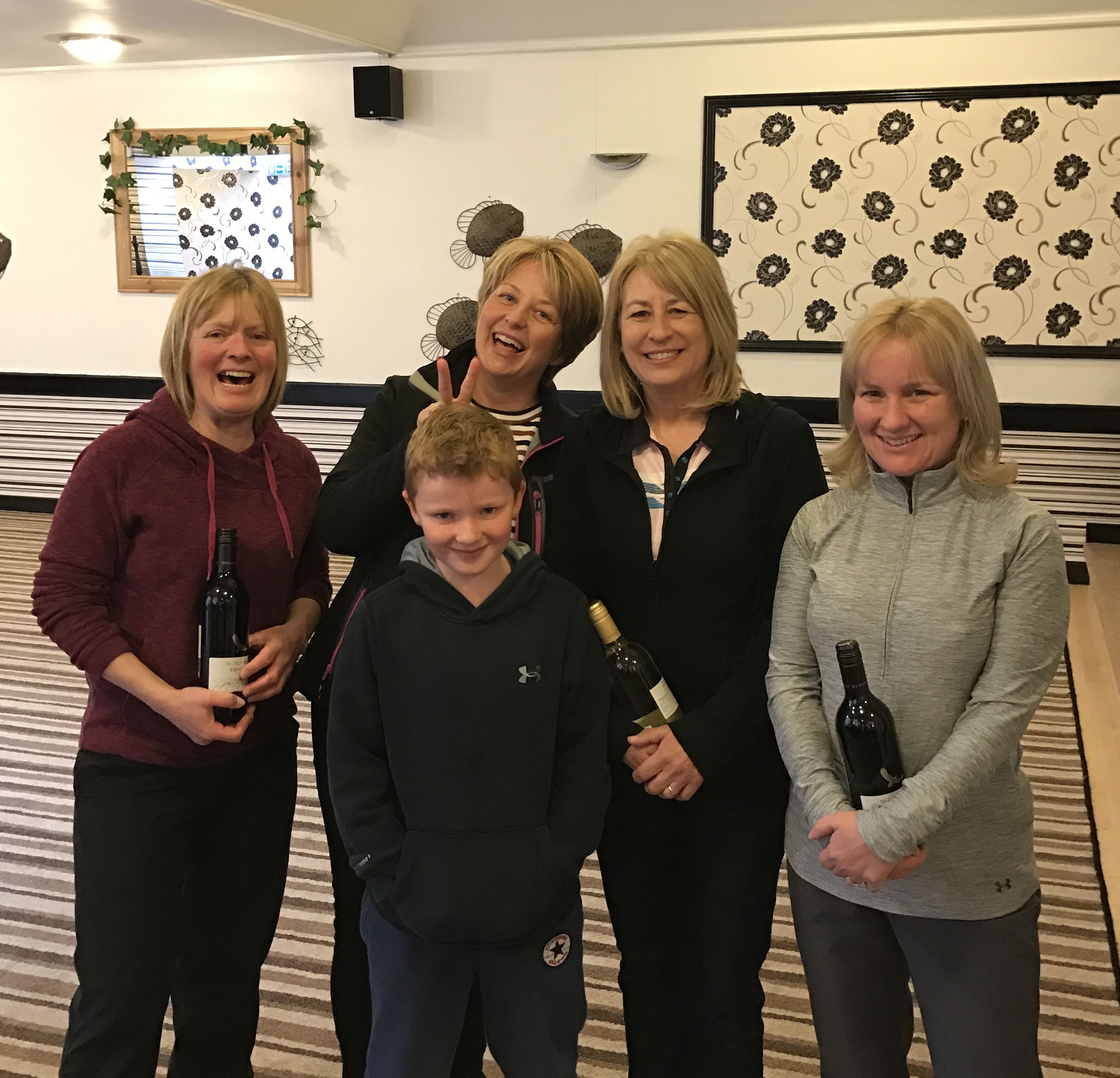 A record turnout of 28 women took part in the love.golf Spring Scramble at Rosehearty on Sunday 23rd April 2017.

The event was open to women who are taking part on the love.golf coaching programme delivered by PGA Professional Peter Myers at Dunes Golf Centre and Rosehearty Golf Club.

Playing in teams of four, the shotgun start took place over a modified 7 hole layout on the seaside course. 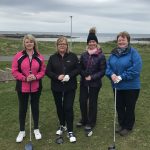 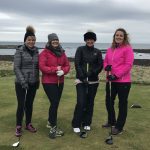 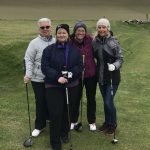 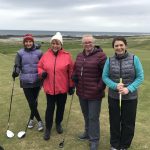 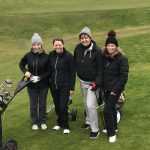 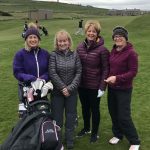 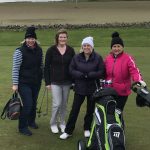 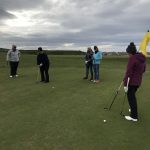 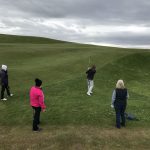 For many of the women it was their first taste of competitive golf and they all enjoyed the experience.

“Golf can be whatever you want it to be,” states Peter Myers, “For those that enjoy the thrill of competing or for those that just want the social, the exercise or the personal challenge that the game presents – it ticks all the boxes!”

At the top of the leaderboard, two teams were tied on 27 shots.
Carol Smith, Lorraine Sutherland, Dawn Cardno and Rona Lawson were joined by Emma Myers, Elizabeth Gordon, Lynne Strachan and Sheila Reid. There could only be one winner so a putt off was required that took place in the Masons Arms Restaurant.

The person who could putt closest to the salt and pepper pot would claim the victory for their team. Dawn Cardno set the bar high with a lovely putt to about 10” but it wasn’t to be good enough. Sheila Reid played last for her team, with the pressure on and putting with a right handed club despite being left handed, she came up with the goods and rolled it to within a few inches to win it!

Following the golf everyone sat down for a tasty meal and a big thanks goes to Debbie and her team from the Masons Arms for hosting the event. Thanks also to Rosehearty Golf Club and their members for allowing use of the course. It is in tremendous condition and the greens are probably the best in the area right now.

Click the image below to watch a 3 minute video from the event….

If you would like to get involved in the love.golf revolution at Dunes then click here to learn how